In 2007, a music manager in the US started a blog called Barihunks, dedicated to hunky baritones. Over the years, this blog has gathered quite a following. And has presented many highly attractive young and rising singers to a wider audience. While the founder of Barikunks wishes to remain anonymous, we managed to catch up with him in Berlin recently and talk with him about the changes in the opera world in terms of singer’s fitness and attractiveness. While Mr. Barihunks reflects about opera only, many of his observations could – and should – apply to operetta as well, since that genre originally ‘sold’ its good via attractive singers, female and male. Or at least via singers with a lot of sex appeal, such as Hortense Schneider, Marie Geistinger or Julia Baron. Not to mention Henry E. Dixey as Adonis (1883) or Louis Treumann as Danilo (1905).

You started the blog Barihunks 10 years ago. It’s dedicated to hunky baritones representing a sexy, sportive and youthful vision and version of opera. What inspired you to create your blog, where did the initial spark come from?

The inspiration for Barihunks started as a conversation between a friend in New York and me in San Francisco. By coincidence, we had both just seen Dmitry Hvorostovsky and Mariusz Kwiecien in different performances. Director Francesca Zambello had recently coined the term “barihunk” in reference to Nathan Gunn performing shirtless in The Pearl Fishers. We joked around that it would be fun to create a tribute blog, believing that perhaps a handful of people would look at it. Within a few weeks we noticed a huge surge in traffic and realized that we had tapped into something with the opera crowd.

I don’t know of anything like Barihunks before it appeared on the scene. I was personally put off by a number of bitchy opera blogs and felt like opera needed a more positive and fun portrayal of the art form. In fact we’ve posted the following under our Mission Statement: “Keep opera positive! No bitchiness allowed! This industry is tough enough.” There have been a number of copycat sites, like “Sexy Sopranos,” but none have really taken off. There is something so unique about a gorgeous man with a low voice singing the most beautiful music ever written that just can’t be copied. Many people don’t realize that we also use the site to raise money to support young artists and new compositions for baritones and basses through our sale of the Barihunks calendar and our t-shirts. Our goal is to truly be a positive force in opera. 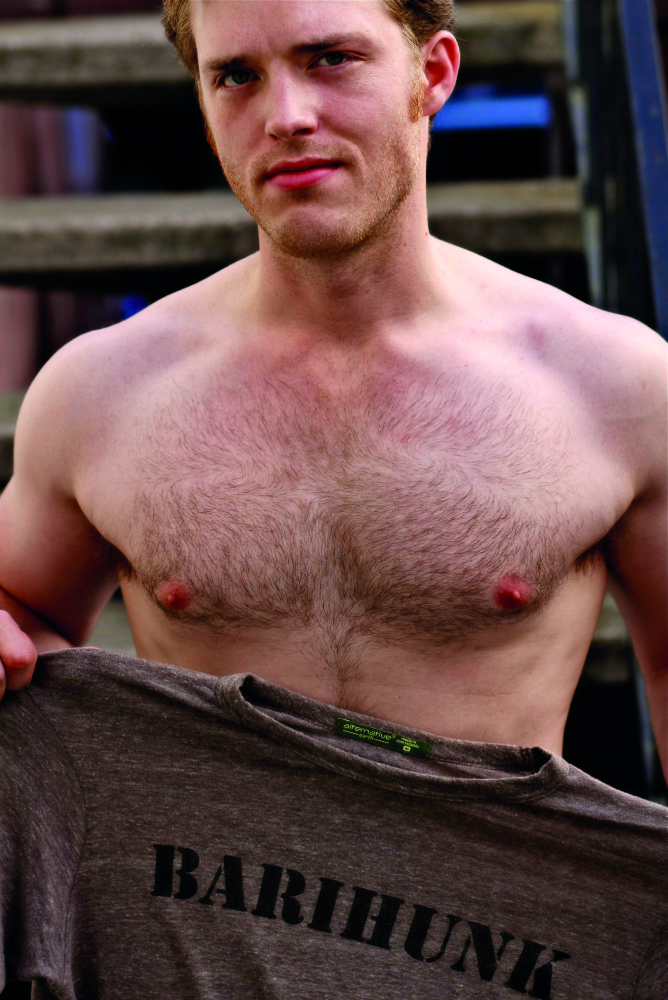 There’s a famous saying, “It’s not over till the fat lady sings.” Most people do not associate opera and opera performances with well-build singers. Yet you present a never-ending army of them: where do they all come from suddenly? Did something in opera change around 2007? Has sex appeal become important in a business so exclusively focused on “voice” alone for so many years? Is there a historic precedent from sexy singers – back in the 17th or 18th century? Are you rediscovering something that was an original appeal of the art form opera?

This is a complicated question and I will answer it in the affirmative and the negative. Yes, something did change, which is the omnipresence of TV and movies that made appearance more important. I had a singer say to me once, “Being on your site has given me the edge. If ten of us are going in for an audition for Don Giovanni and we all sing pretty much at the same level, but I may look better shirtless or in a closeup that is being broadcast on TV or on a movie screen, then I’ll probably get the role.” We talk about singers taking care of both their voices and their bodies, as directors are demanding more physicality on stage and broadcasts are making appearance more important, whether one likes it, or not.

C. D. Marius as Landry: the “masculine masher” in “Chilpèric.”

No, sexy singers are not new and that goes back to the earliest days of opera. The castrati singing in the 18th century European courts were often gorgeous and made up as beautifully as any woman. More recently, there have been barihunks around who we can still watch on old TV broadcast and videos on YouTube. We’ve featured many of them as “Historical Hunks,” including Gérard Souzay, Justino Diaz, Theodor Upmann, Paul Robeson (who famously posed nude!), Ettore Bastianini, Mario Sereni and the German Roland Hermann. I still think for both voice and looks, Ettore Bastianini is one of the sexiest singers to ever grace the stage. (…)